Our 4th Annual Grand Award Celebration was absolutely unbelievable! Our complete team was dressed to the nines with tuxedos, gowns, bow ties, and everything else. Wines were compliments of Syltbar and Vinifera Imports. Regina and Claus were in full “Black Tie” attire and Mrs. Syltbar started the festivities. Food was classic La Sirena from the Caponata di Capri to the finale Zuppa Inglese! Fontodi as usual stole the show with Giovanni Manetti’s business card Chianti Classico 2015. Dominic Nocerino, the boss of Vinifera, spoke passionately about his wines and his love and passion of Chianti. And in true La Sirena form we finished the night with a “Sabre Show!” 12 bottles of Mr. Syltbar opened all at once… Sabre, cleaver, knives and spatulas…it was something that we will never forget. Stay tuned for the next EPIC event at La Sirena…
Salute!
Marcello 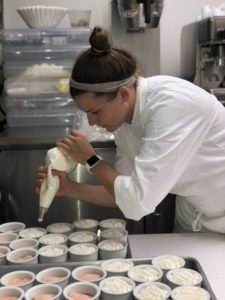 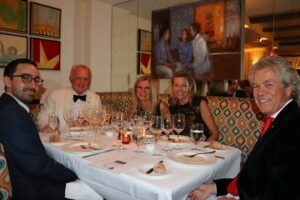